Subtitling non-stop speakers, and the role of celebrities in Social Justice and Sustainability:

We subtitled Russell Brands’ epic and controversial rant/ode to Jeremy Paxman’s beard. Stacco Troncoso then wrote a little blog post introducing the video in Spanish and commenting on the role of culture as an integral part of social change from the sixties onward.

We then got asked to translate Stacco’s article into English, to accompany our Spanish subtitling of Brand’s English (nee Cockney) diatribe. Confused yet? In any event, here’s Stacco’s article, along with our subtitles for Brand’s machine-gun verbalization. Worth watching, if you haven’t already and, if you have, well, you may inadvertently learn some Spanish for your troubles.

Given that I don’t watch TV (because I don’t have a TV), and that I avoid the whole celebrity nonsense at all costs (because it’s my choice) – I really have no clue whether Russell Brand is famous in Spain, or not. 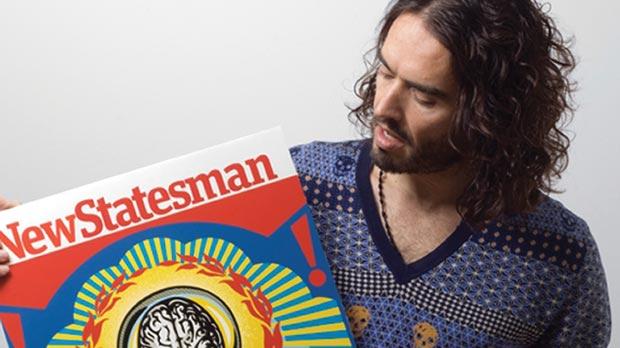 In any case, this recent face-to-face interview, which pits Brand against Jeremy Paxman, a well-known British TV host of the very oldest of schools, has created quite the stir on the Net, and with good reason. Brand is seriously sharp in this video, spitting out pearls like, “(We…) have a disenfranchised, disillusioned, despondent underclass that are not being represented by that political system, so voting for it is tacit complicity with that system and that’s not something I’m offering up.”, and “The planet is being destroyed, we are creating an underclass, we’re exploiting poor people all over the world and the genuine, legitimate problems of the people are not being addressed by our political class.”, in the astonished face of Paxman, lounging in his armchair. What other “scandalous” celebrity has said anything like this?

I subtitled this into Spanish, and believe me, it was no mean feat. Brand churns it out like loaves and fishes, with hardly a pause between the interruptions and verb sparring with his interviewer (who, it must said, gives as good as he gets). We warned our Spanish audience: these subtitles are only for the fastest of readers. We tried to condense them as much as possible without losing Brand’s fire. The response has been overwhelming and gratifying.

The critics wasted no time at all in coming down hard on this piece, on both the conservative and the progressive sides. Above all, what drew my attention was this, coming from Jerome Roos (editor of Reflections on a Revolution), in my opinion one of the best online publications in existence. In his review of the interview, Roos points out:

“Ultimately, it’s not Russell Brand who gives me hope. Even though I greatly enjoyed his interview, I frankly don’t care very much what this celebrity tells the BBC or what he writes in the New Statesman. It’s the fact that his heartfelt revolutionary desire still resonates with millions that truly thrills me. I wouldn’t predict a revolution just yet. But that’s because I know it’s already begun.”

I also find Brand’s interventions a lot of fun, while at the same time I disagree with some of his commentary. For one thing, I really don’t think we need a “centralized administrative system” at this point. What I find most remarkable is simply the appearance of a “celebrity” of working-class origins reflecting the widespread anger felt the world over. At times, watching the emergence of the global movement (or resurgence, depending on your point of view, we don’t want to offend anyone…) in these last three years, I miss the connection between the revolution and the popular culture, a true hallmark of the sixties and the rise of punk. Where is the MC5 of today? The rise of Black Power, and its links to Free Jazz, to Albert Ayler, Archie Shepp…Frank Zappa, talking about the Watts riots… The Clash, Patti Smith… Where is the soundtrack to this revolution?

I don’t see anything that compares to the international reverberation felt in the musical, artistic and spiritual revolution of the sixties/seventies. We’re talking about a time when the politics and the popular culture of the day were inextricably woven together with a common desire: change. It could be argued that the nineties gave us a comparable musical revolution, but, what’s happening now? Why hasn’t there been a Rage Against the Machine union, to play at Occupy (granted, they played on Wall Street ten years earlier…)? Are we going to see a new musical movement that reflects, rather that “leads”, the gestalt of the Occupy, 15M, Turkish, Brazilian and Arab Spring movements? A new Punk Rock closer in spirit to a DIWO (DoItWIthOthers) ethic than the DIY of yore?

I’m not going to compare the artistic merits of Brand with those of the aforementioned artists (Inspector Callahan says it best: “Opinions are like assholes, everybody has one”). But it still seems important to take note of the repercussions their actions have on the popular consciousness. How many other celebrities are sticking themselves out like he is?

Brand seems like a good guy, charming and funny. He’s got soul, he’s sharp…and he says it well in the video, “There’s gonna be a revolution. It’s totally going to happen. I ain’t got a flicker of doubt, this is the end. This is time to wake up.”

This revolution needs more art, more accessibility, more Rock and Roll and a lot more jocularity. Let’s play with what they can’t possibly understand, as much as they may try to undermine it.